Biggest Flavours of Tasmania ever

The Tasmanian Liberal Senate Team has tonight hosted the biggest Flavours of Tasmania event yet, with Ambassadors from around the world, Business and Community leaders, media figures and Parliamentarians coming to Parliament House to see, drink and taste all things Tasmanian.

Flavours of Tasmania has been organised by Senator Abetz for more than 15 years, from humble beginnings of oysters and beer through to being held in the Great Hall of Parliament House in recent years.

“Flavours of Tasmania has earned a reputation as the go to social event in Canberra and this year’s event has been no exception with the finest Tasmanian produce and products on display, including gourmet food, cheese, seafood, chocolate, wine and whisky,” Senator Abetz said.

“With more than 600 people attending, including Australia’s business, community and political leaders it’s clear that all things Tasmania are in high demand.”

“I am particularly pleased that so many of my colleagues, including the Prime Minister, have taken the time out of their busy schedules to come and support Tasmanian producers.”

“It’s pleasing to work with my colleagues in the Tasmanian Liberal Senate Team along with our sponsors, Woolworths and Endeavour Consulting, to showcase Tasmania to the nation and the world,” Senator Abetz concluded. 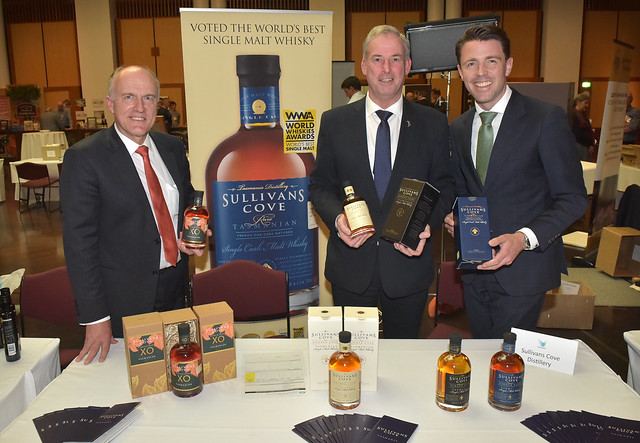 Eric Abetz has been a Liberal Senator for Tasmania since 1994 and has served in a range of Leadership, Ministerial and Shadow Ministerial roles.